Fabrice Fouillet (b.1974) first studied sociology and ethnology and then photography at the Gobelins school in Paris. During his time at Gobelins Fabrice mostly specialized in still life photography. His work favors a thorough architectural approach and stems from a particular outlook and idea, serving uncluttered aesthetics. His out-of-studio approach fluctuates between art and documentary and aims to explore the close relationship of mankind within their environment. Today we feature select works from his series, Eurasism. 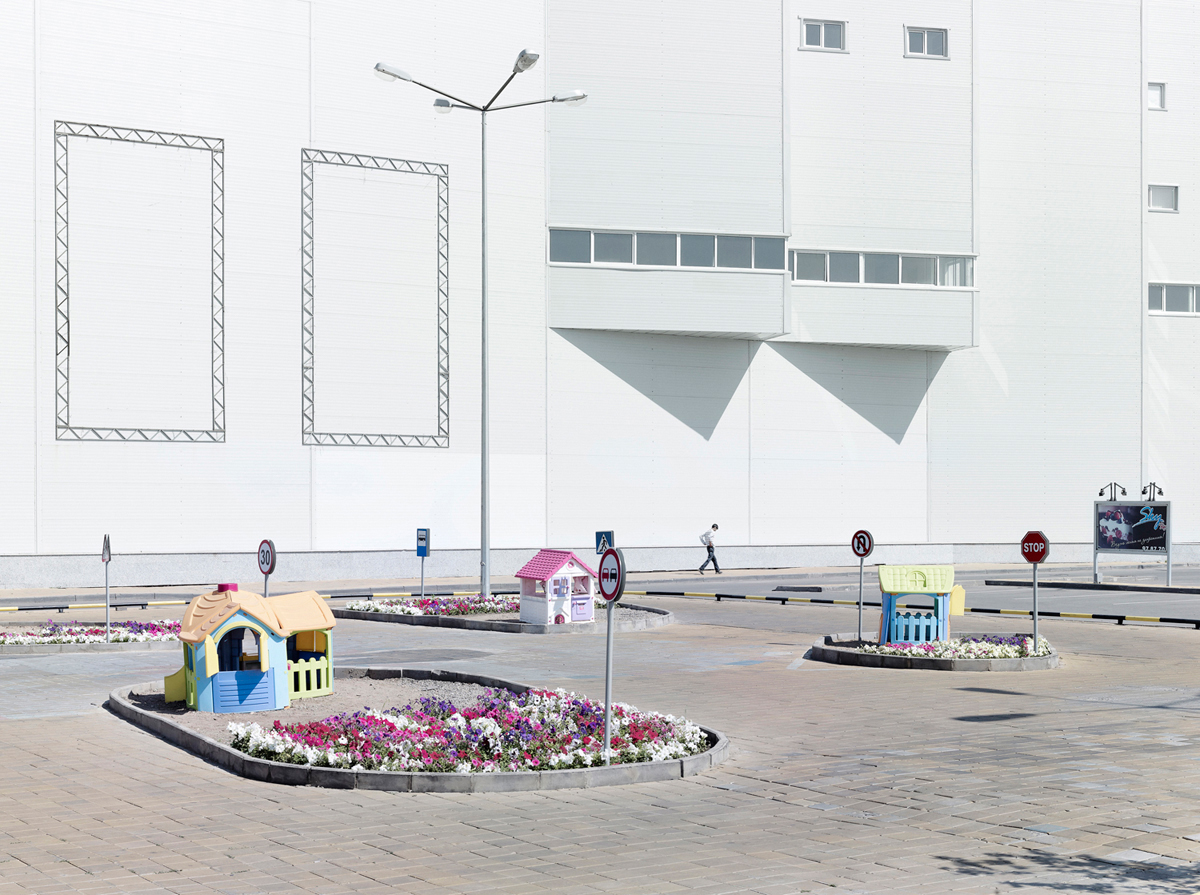 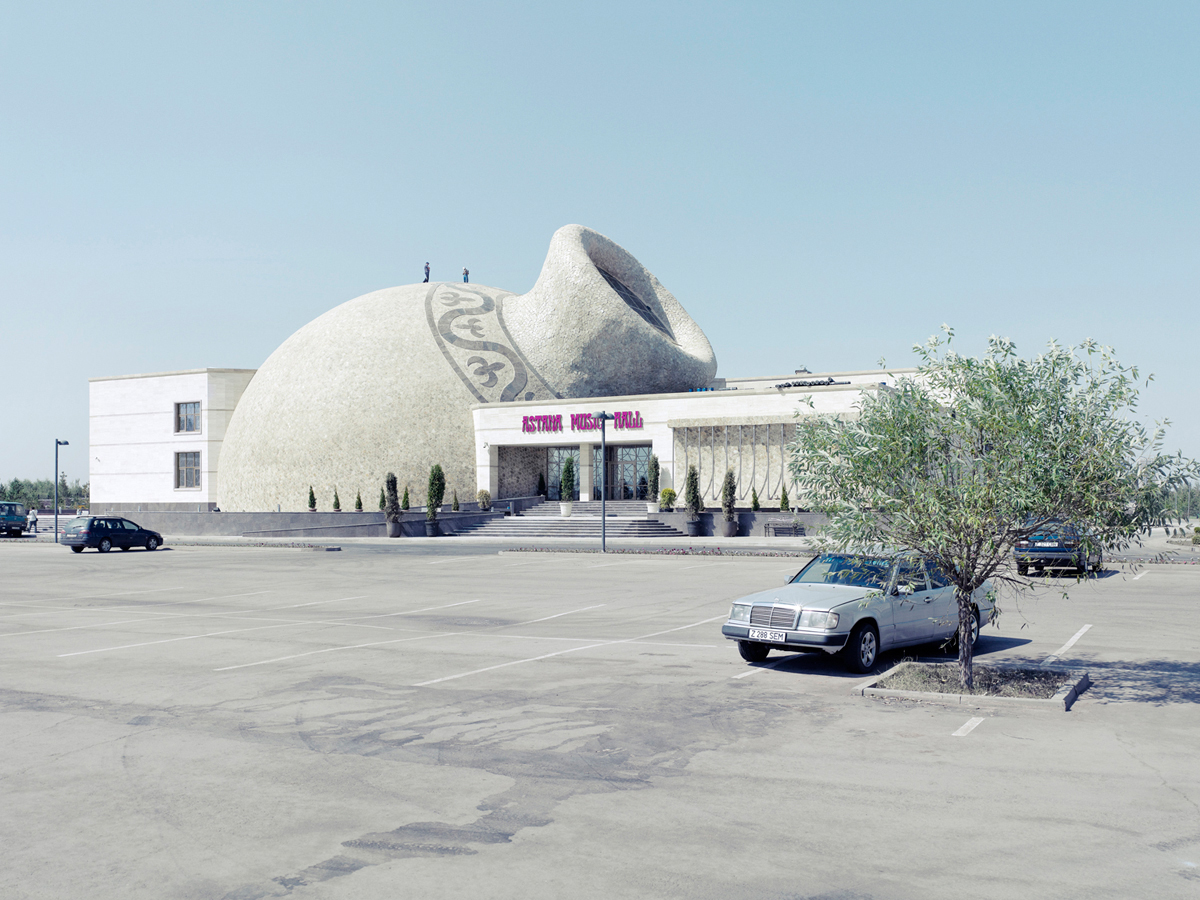 Eurasism
Moving a capital city is an important decision. In 1998, Kazakhstan unveiled its new capital and Almaty lost its status to Astana, located 1300 kilometers up North.

As the world’s most recent capital city after Pyinmana(Myanmar), Astana is also the symbol of a new start, a unique initiative in the Post-Soviet region. This colossal project, the challenge to nature that is the construction of a capital city in an extreme climate which requires the laying of specific foundations, shows the will to break up with the past, to implement historic reforms and to encourage an appropriation of identity.

Considerable means have been deployed so that Astana could assume its role as the country’s new showcase city, while promoting the country’s development and insertion
into the global economy… 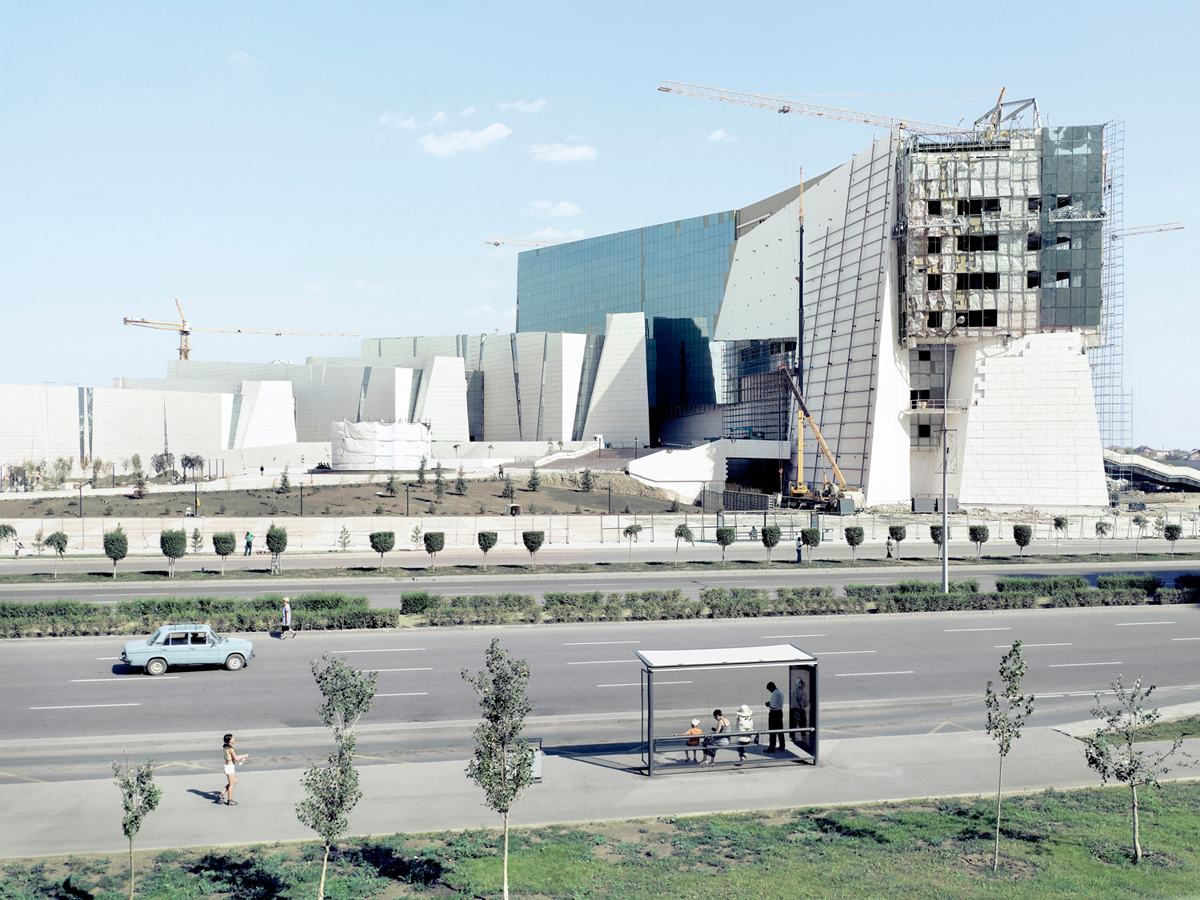 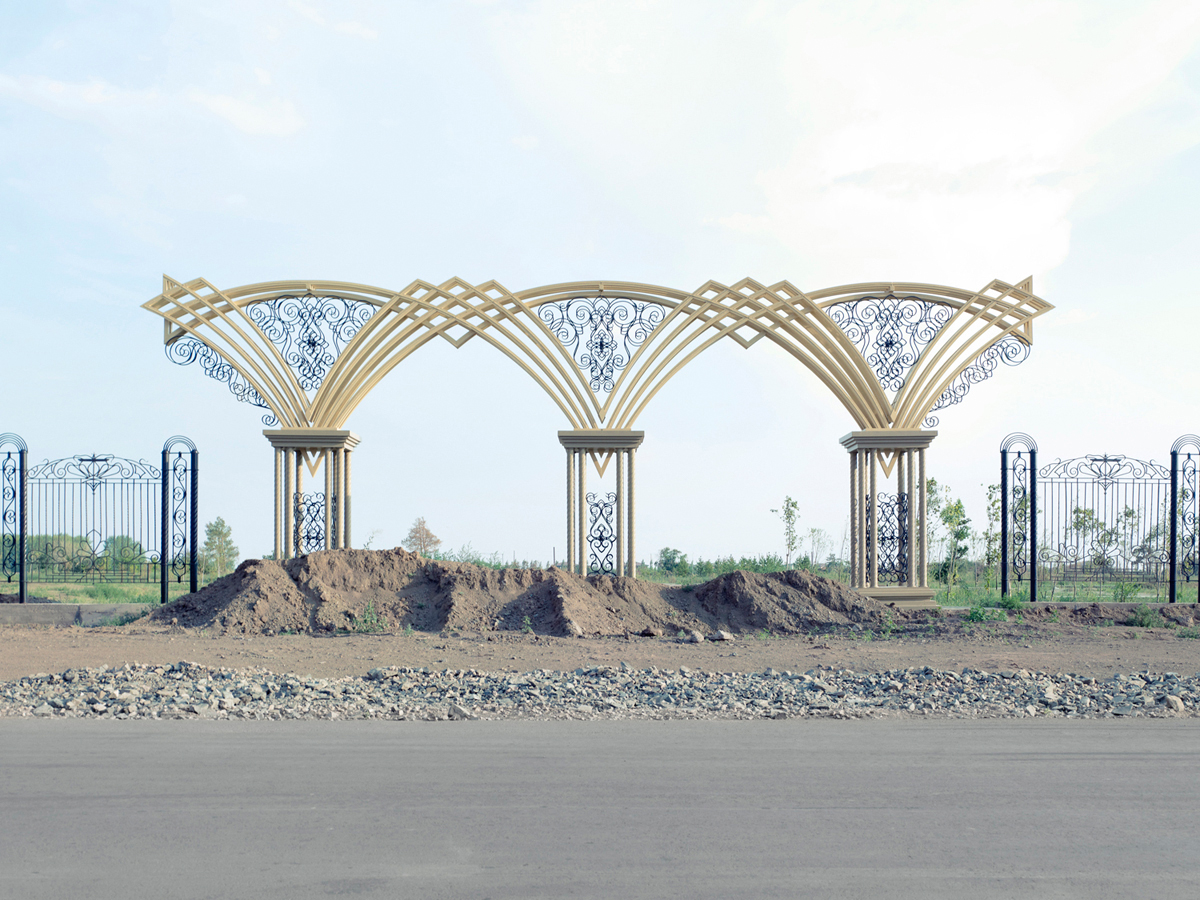 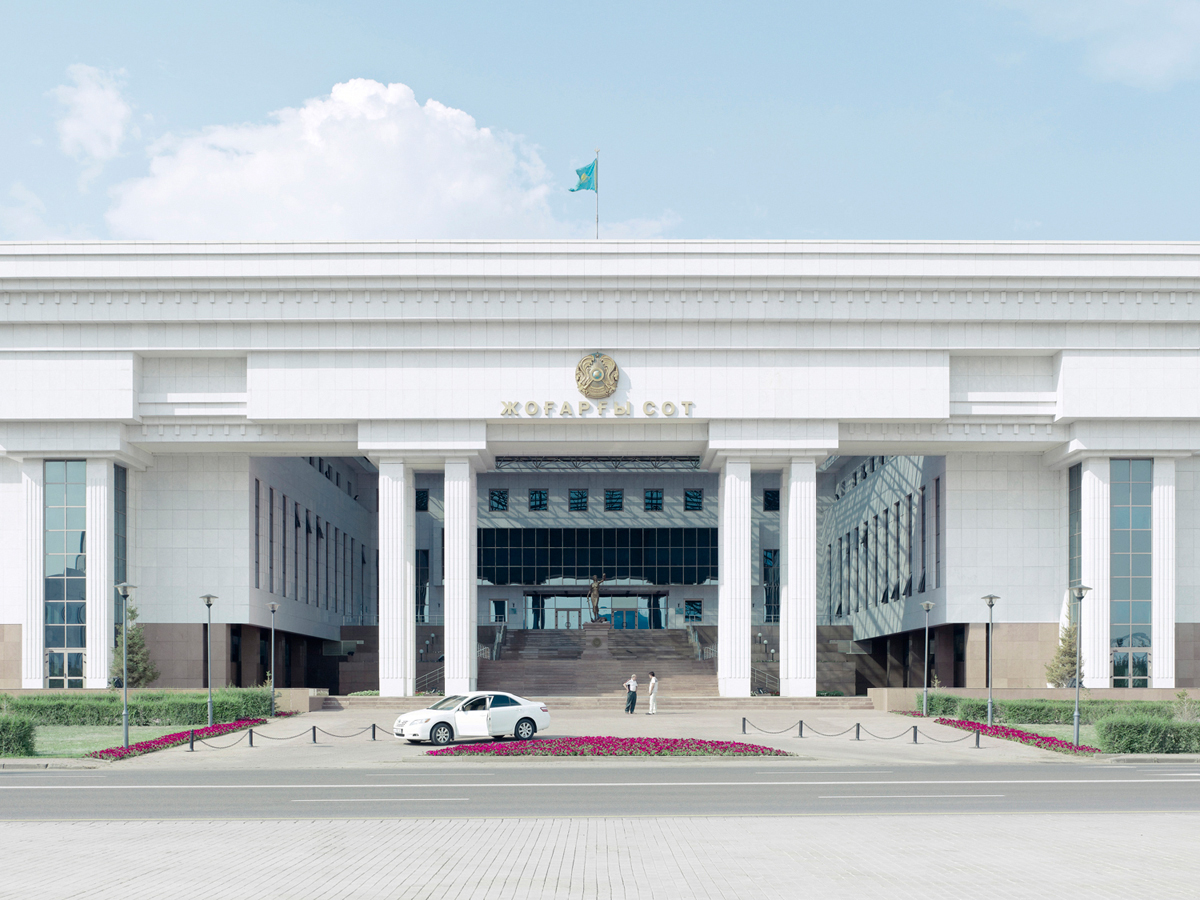 If architecture generally bears the signs of a particular culture, the face of the new capital city is also one of power and, on a symbolic level, of a new political orientation. The new official buildings are sometimes colossal, bordering on disproportion, the skeletons of ill-assorted buildings rise from this suburban-like area, which vacillates between authenticity and artifice, between materiality and imagination tinged with utopia.

As an immense construction site,where embassies and upscale residences rise next to vast buildings meant to house all state organs, Astana seems impossible to finish and struggles to maintain all its empty spaces in a good state. Although grass is growing and casually occupying all interstices,the official discourse has to remain enthusiastic and seductive.

Aiming at a brighter future for migrants, these buildings showcase the State as a viable sociability frame. An ensemble of ornamental elements, where the rare dramatized vegetation gets by while seeming to admit it is insufficiently implanted. 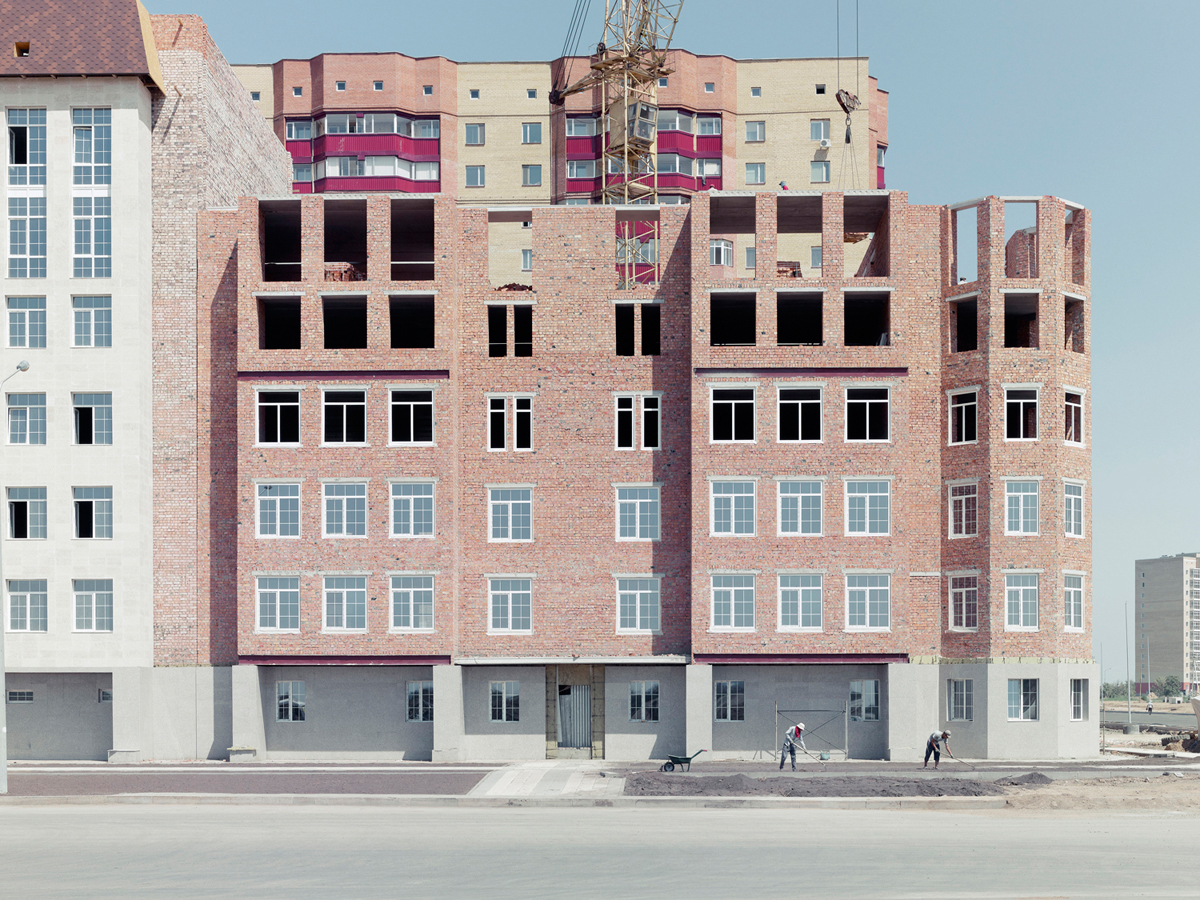 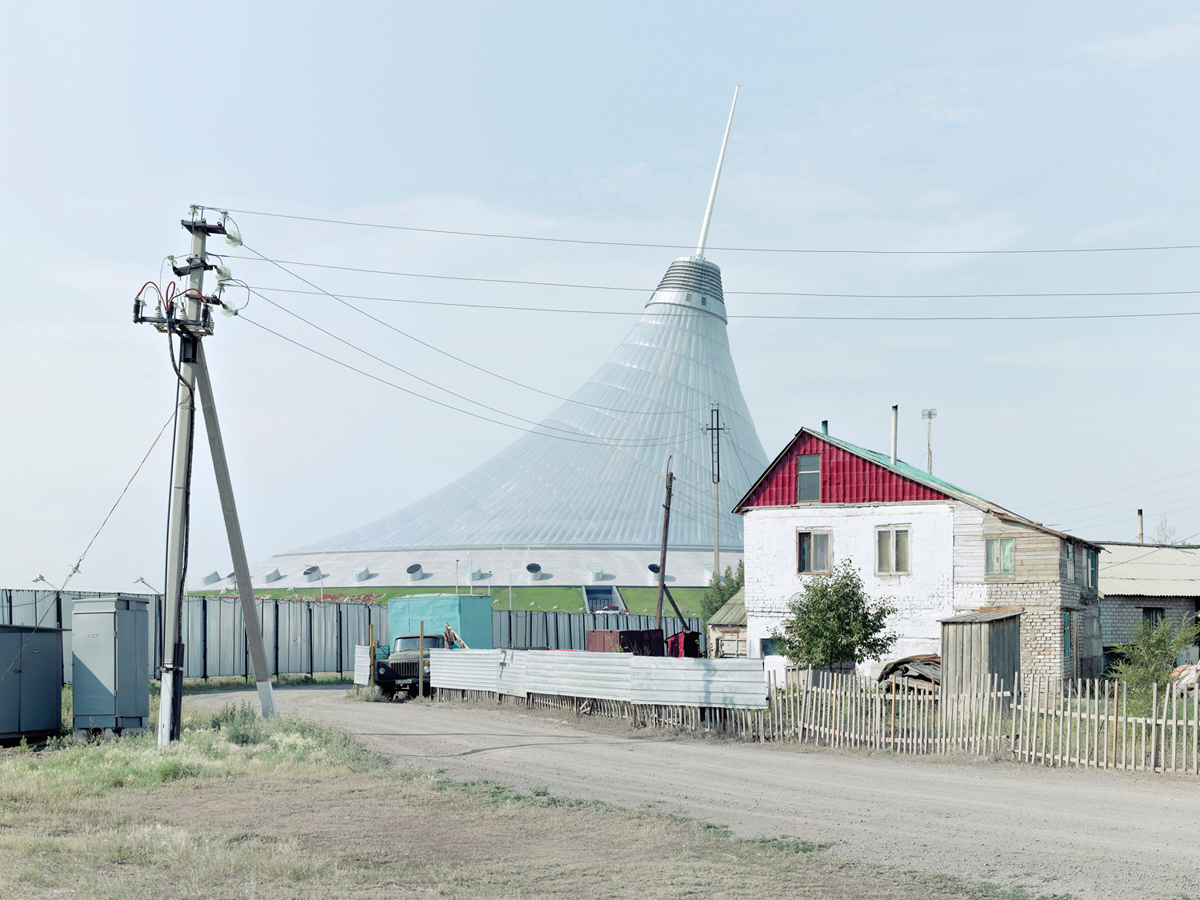 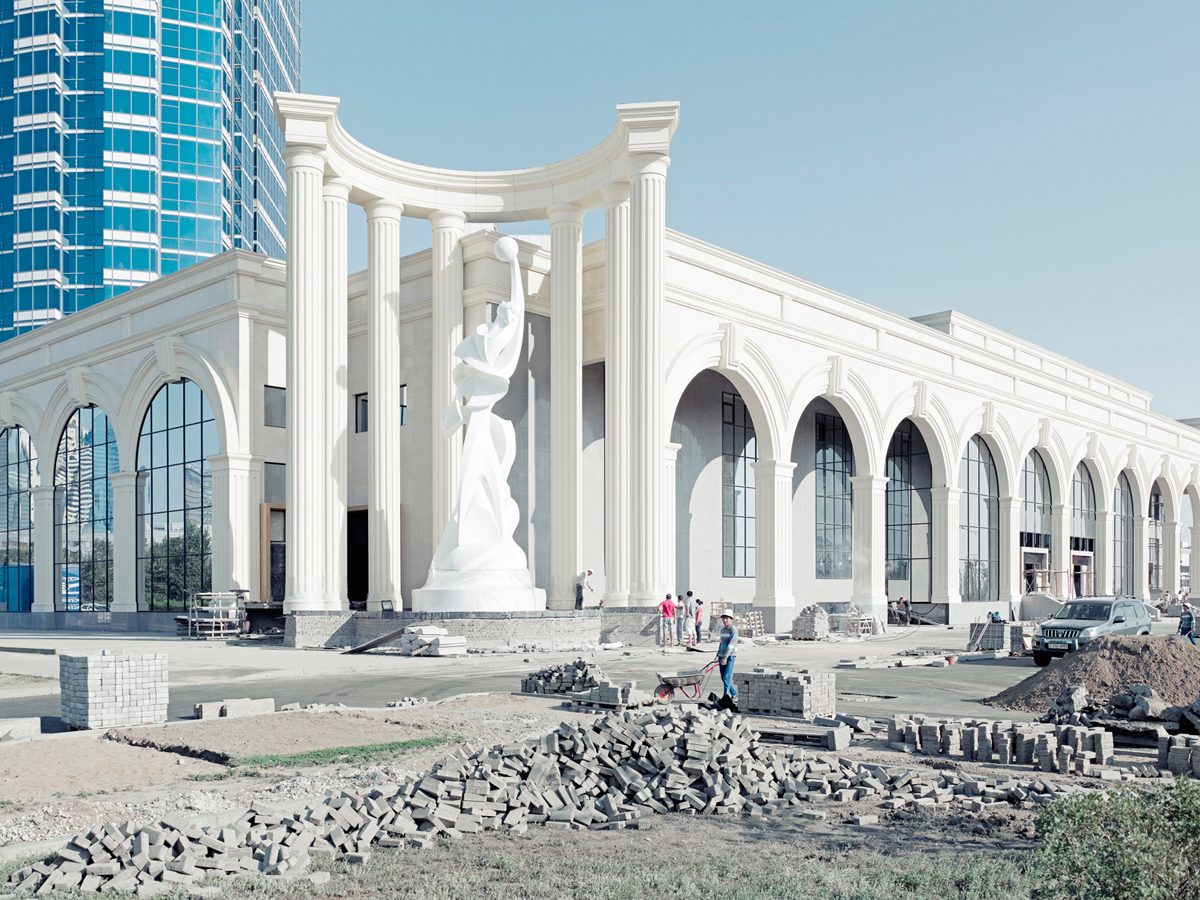 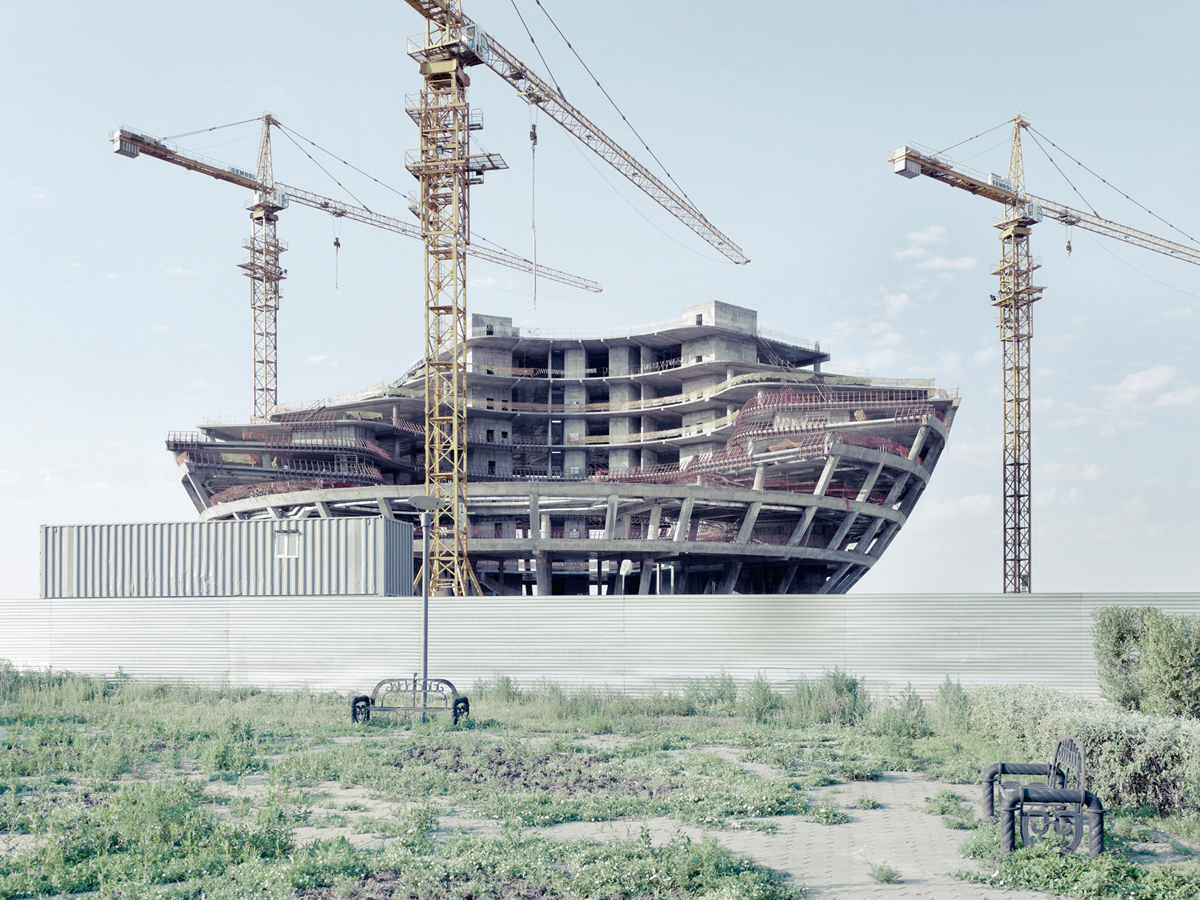 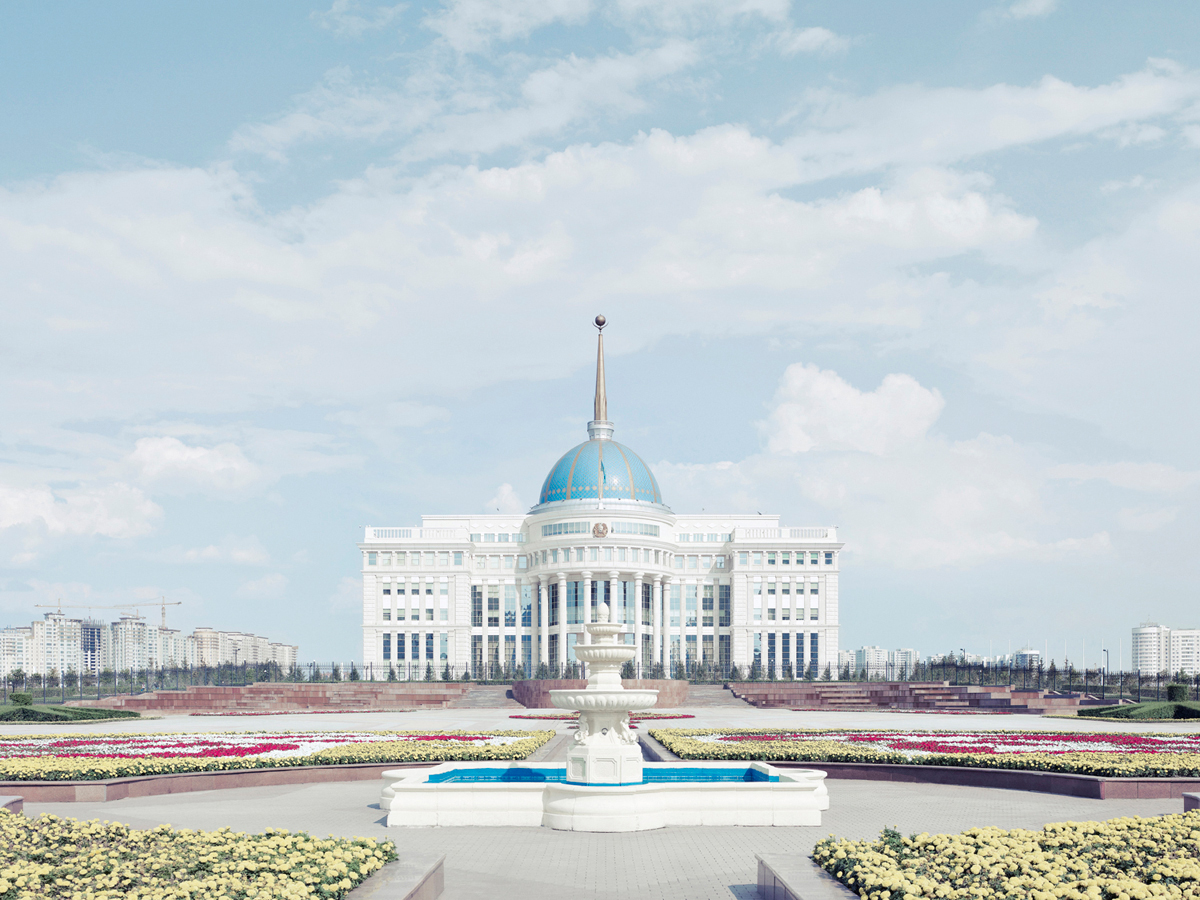 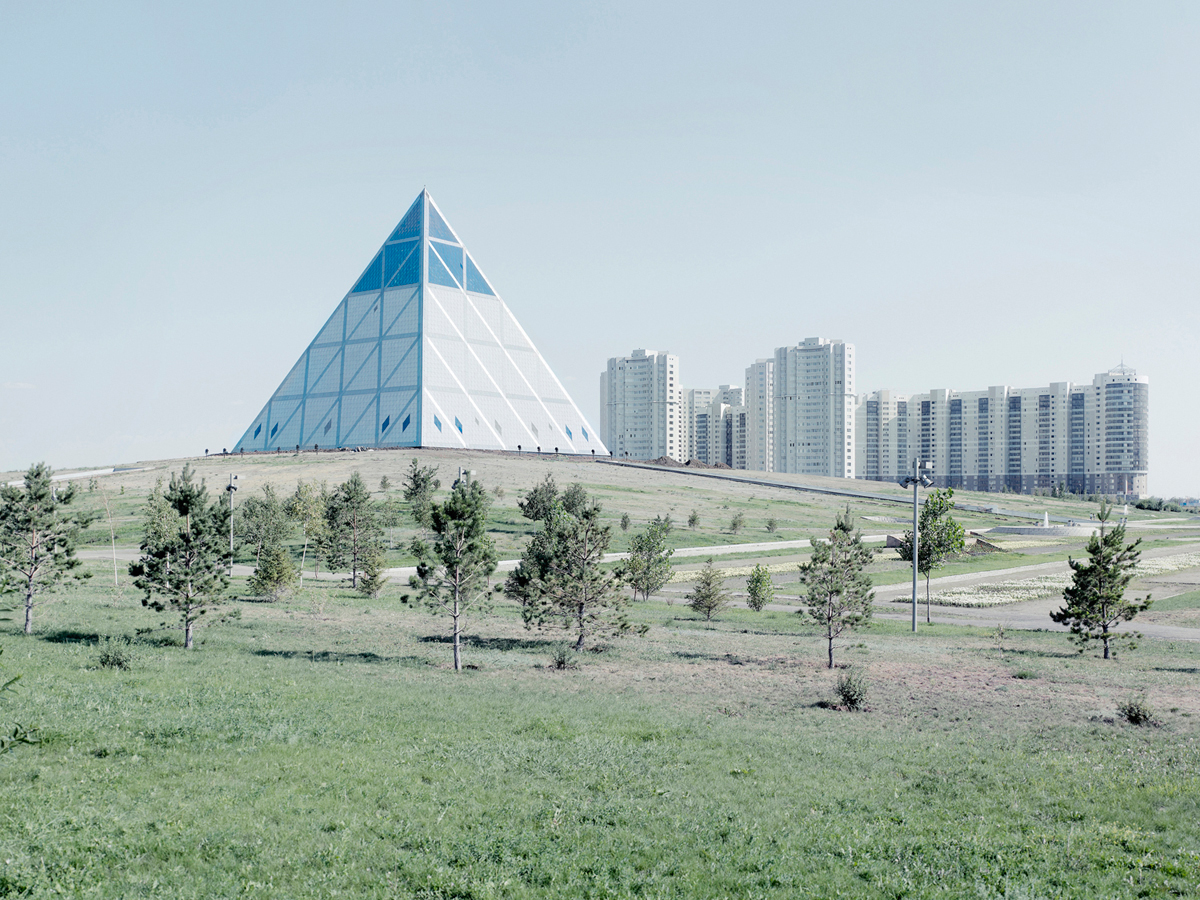 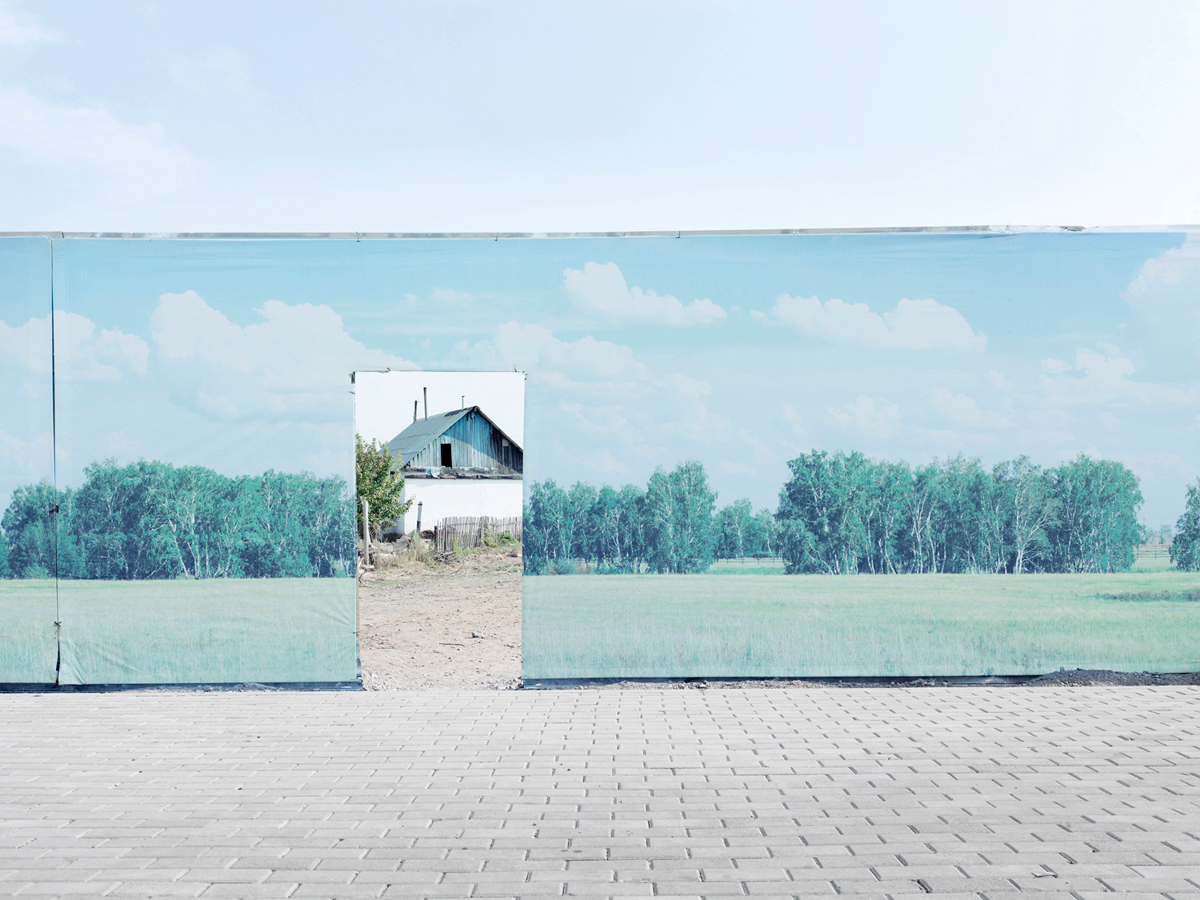 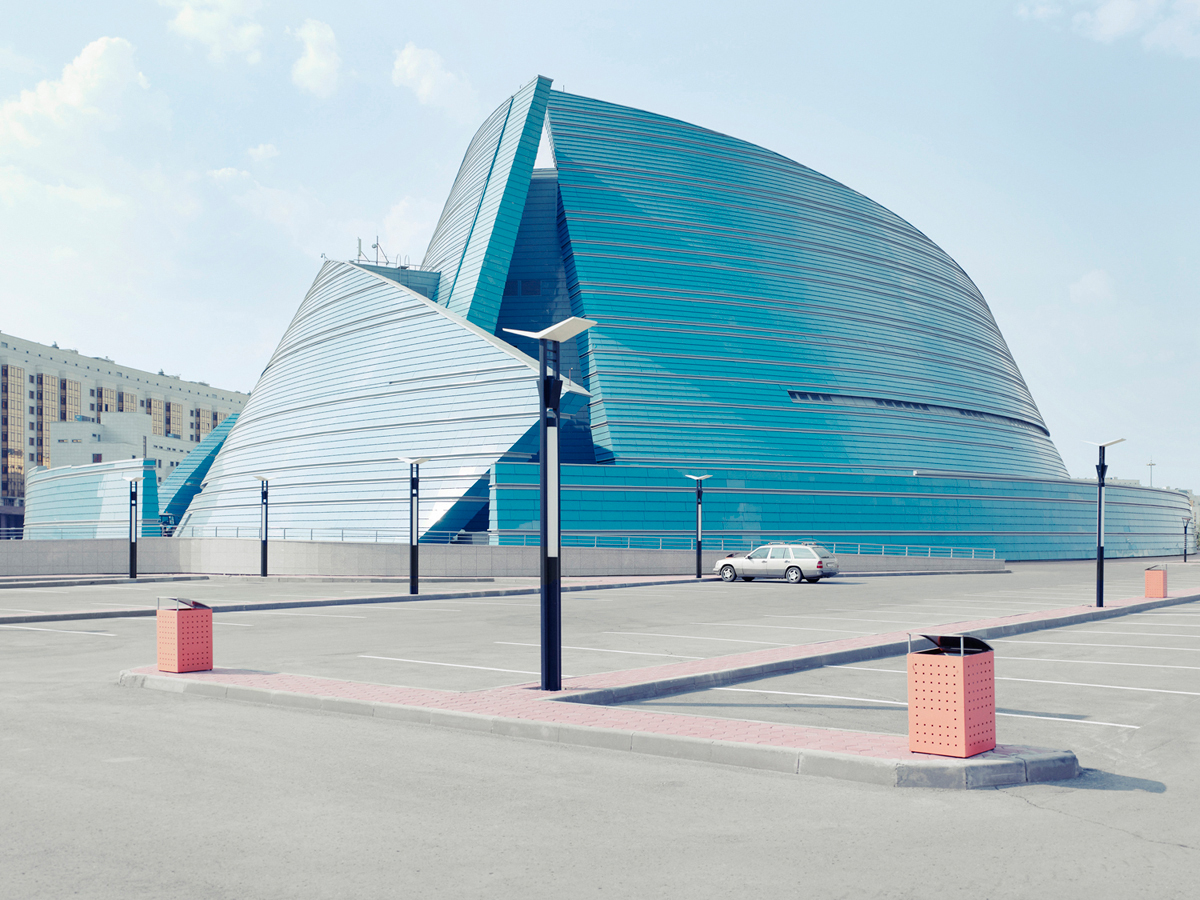 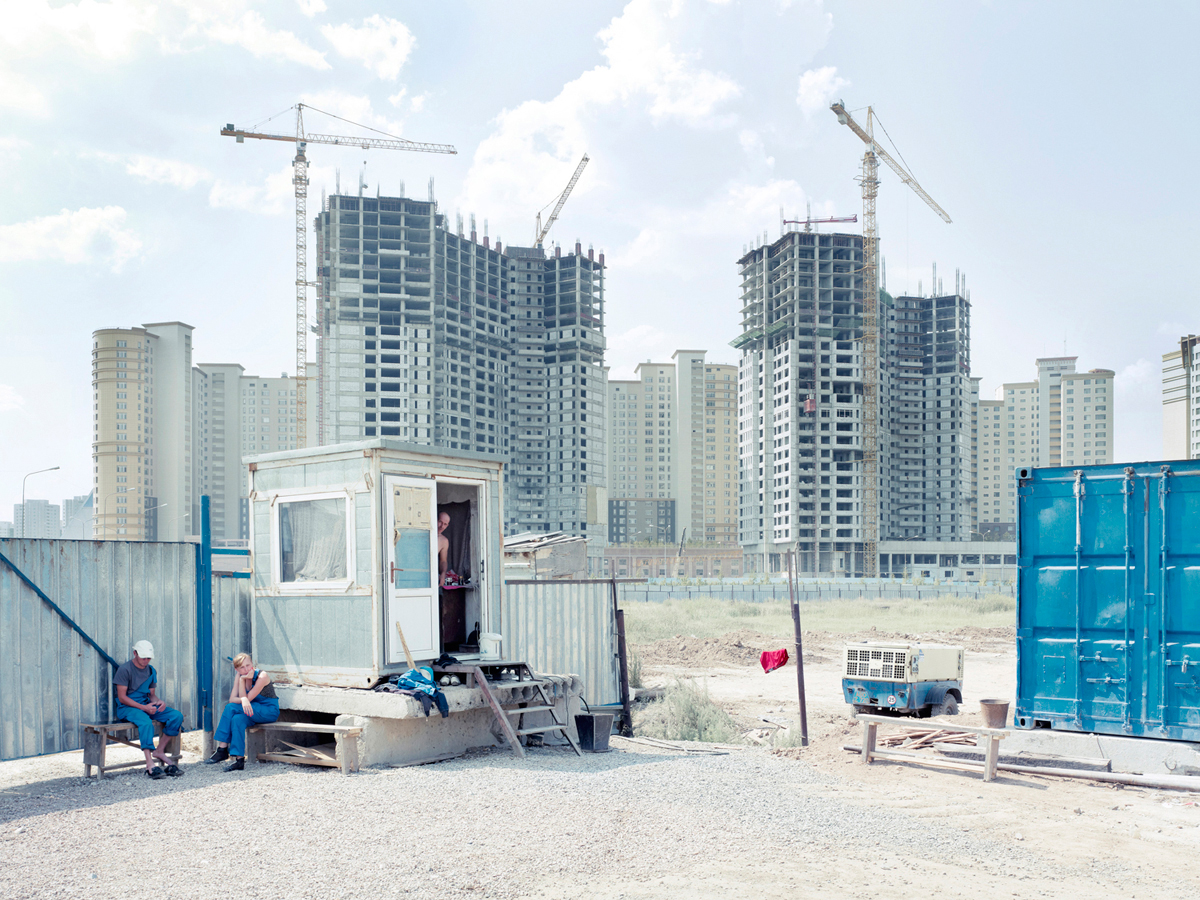 Fabrice currently lives in Paris and regularly works with many magazines, such as Vogue, Wallpaper, Numero, L’Express, Le Monde and The New York Times. In 2013, his series on new places of worships, “Corpus Christi”, won the Sony Awards in the category architecture.

To view more of Fabrice’s work please visit his website.