Louis Porter (b.1977) is British born artist who works in the mode of a photographic flâneur, exploring a diverse range of themes including: urban space, photographic archives, leisure and violence. His work has been widely exhibited throughout the UK, England, Canada, Austria, China and Australia including multiple solo shows at the Monash Gallery of Art and Centre for Contemporary Photography in Melbourne. In 2012 he established his own imprint Twenty Shelves, its first publication, The Anatomy of Business, won the inaugural Most Beautiful Books Prize – Australia New Zealand 2013 and his forthcoming publication Conflict Resolution, will be distributed by Idea Books of Holland. Since 2000 he has been based in Melbourne – Australia, where he is the photographer for the City’s Arts and Heritage Collection and he is completing a Masters of Fine Arts at Monash University. Louis was a featured artist in issue No.4. Today we feature work from his series titled, Unknown Land. 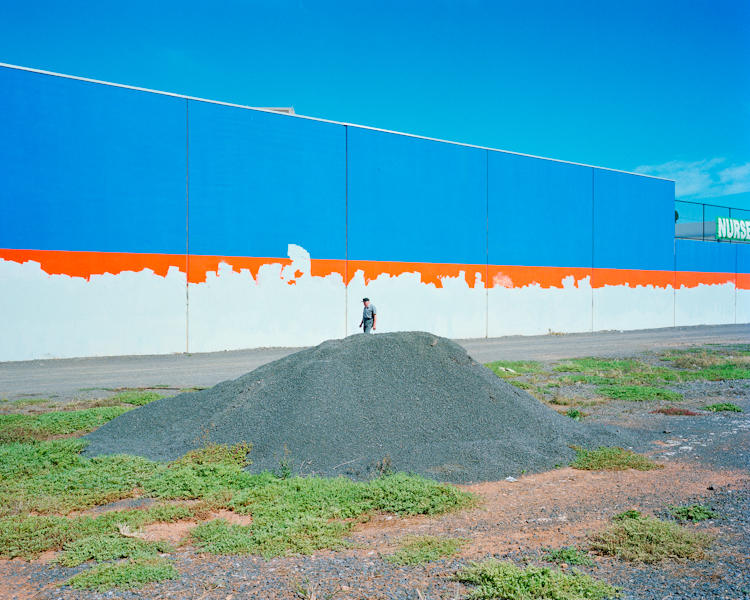 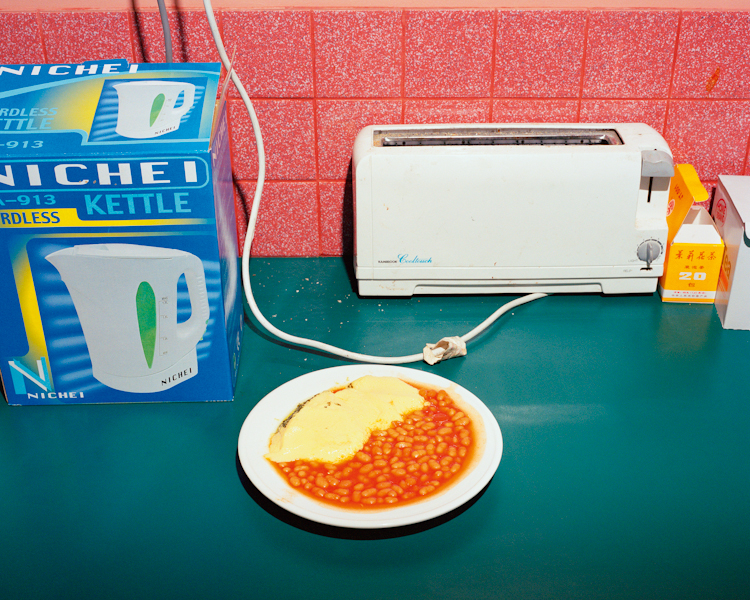 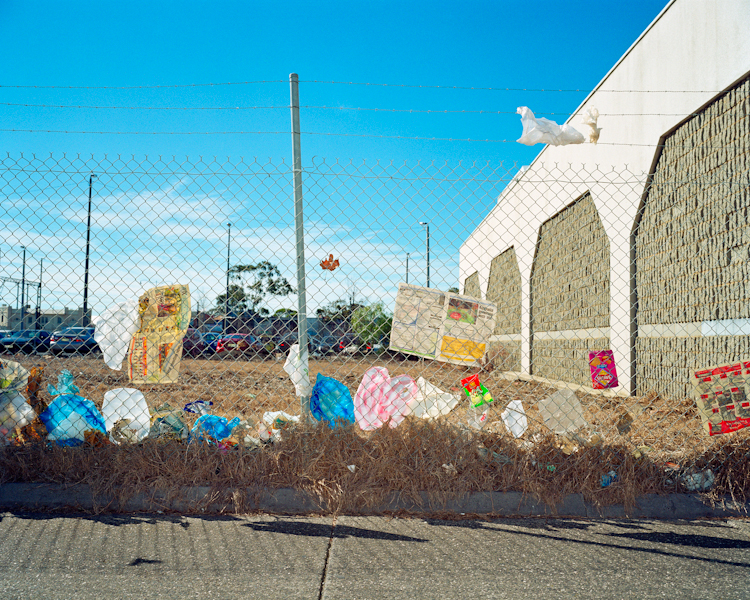 I arrived in Australia about ten years ago and like many before me intended only a brief stay, an escape from the northern winter which I had never fared well in. Very slowly, like a clump of moss, I became attached to this enigmatic place, drawn in by a curious sense of Jamais vu I encountered in its vast suburban sprawl. Like a model town built from memory, there is an idealised and dreamy quality to the urban landscape of Australia, the houses and gardens are just that little bit bigger, brimming with fruit trees and multi-coloured plastic slides. The crisp sunlight makes everything look fresh out of the box, as if it were put there just for my eyes. Yet something about the place has always been out of my reach just over the next roundabout, something that doesn’t entirely add up.

When Australia was colonized the settlers brought with them an image of home, which shaken and buffeted by the long journey was damaged, leaving fine cracks across its surface. So that when it was erected in its new location, parts of the proud and ancient land beneath poured through, changing this image into something quite different. These photographs are of those cracks. 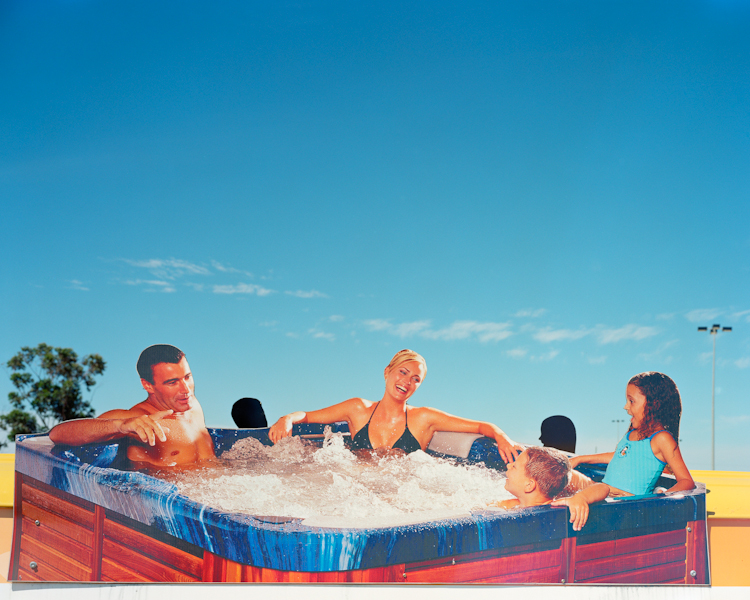 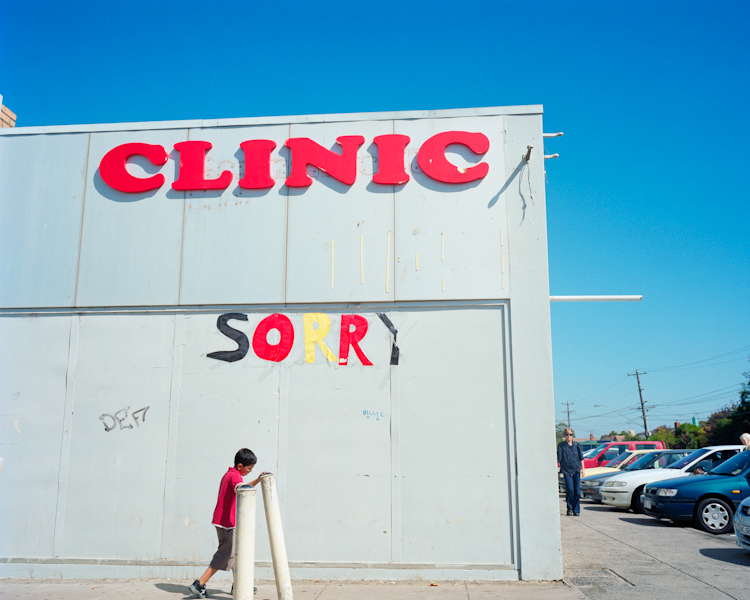 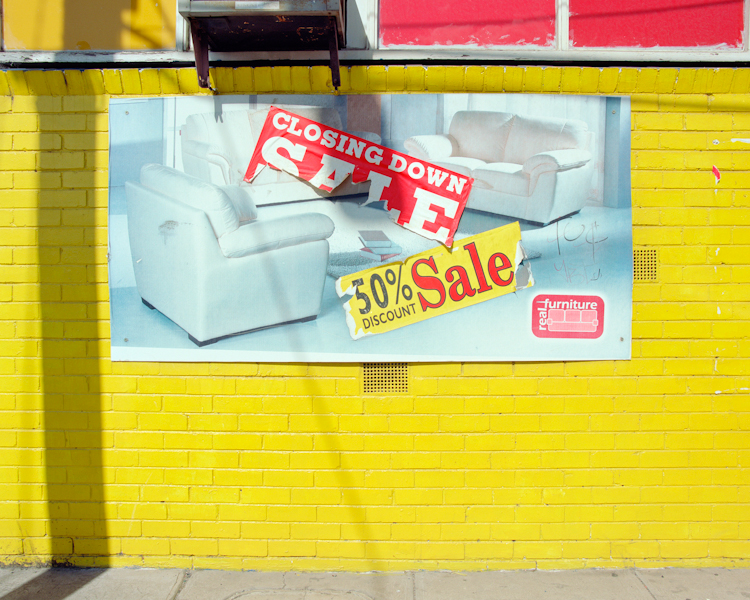 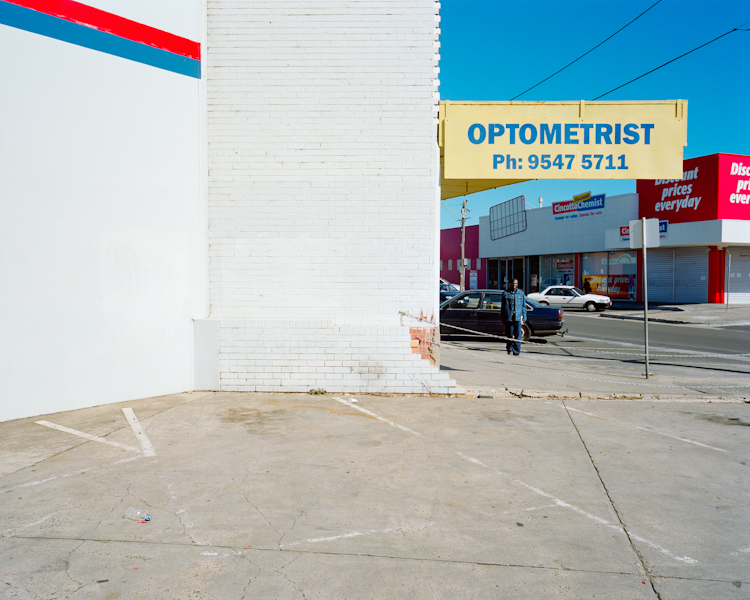 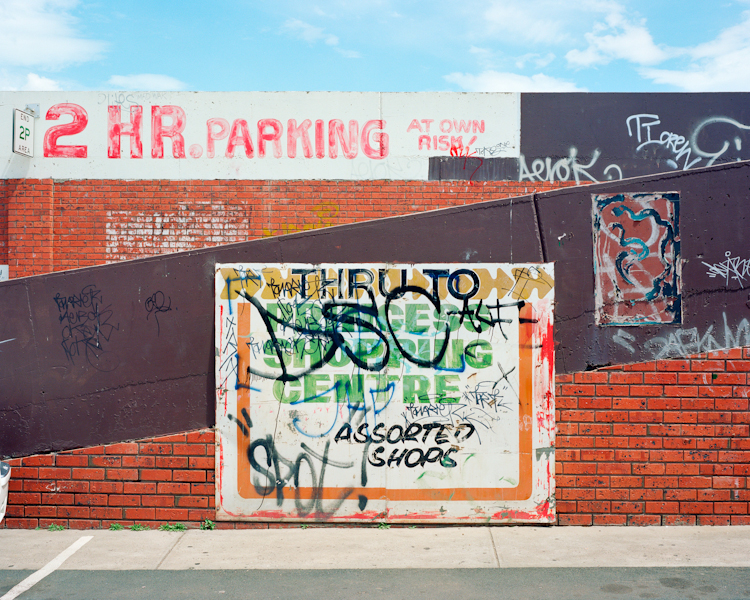 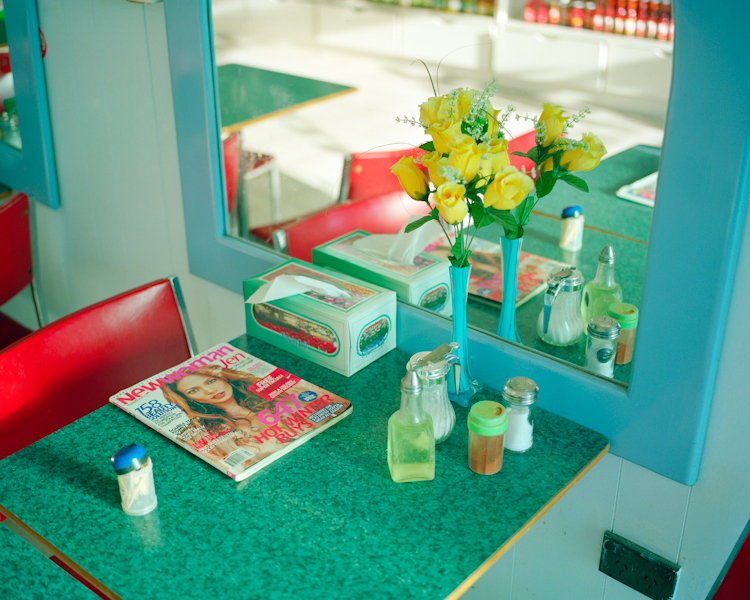 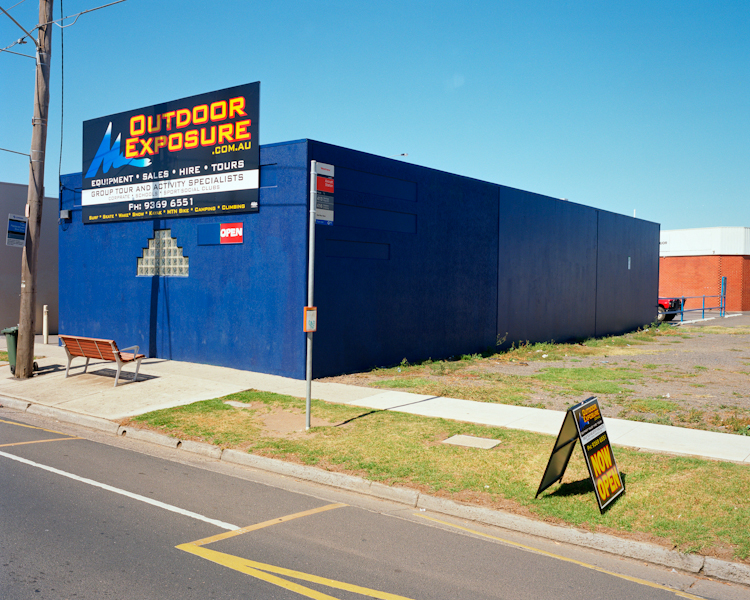 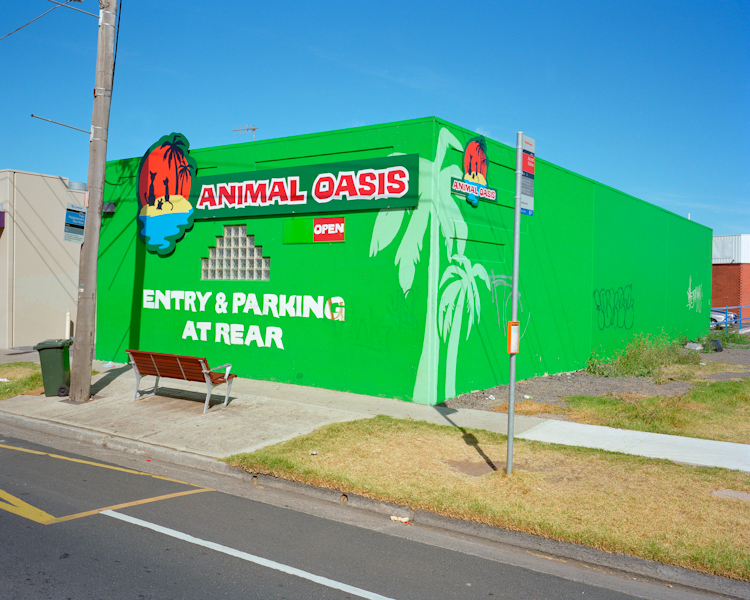 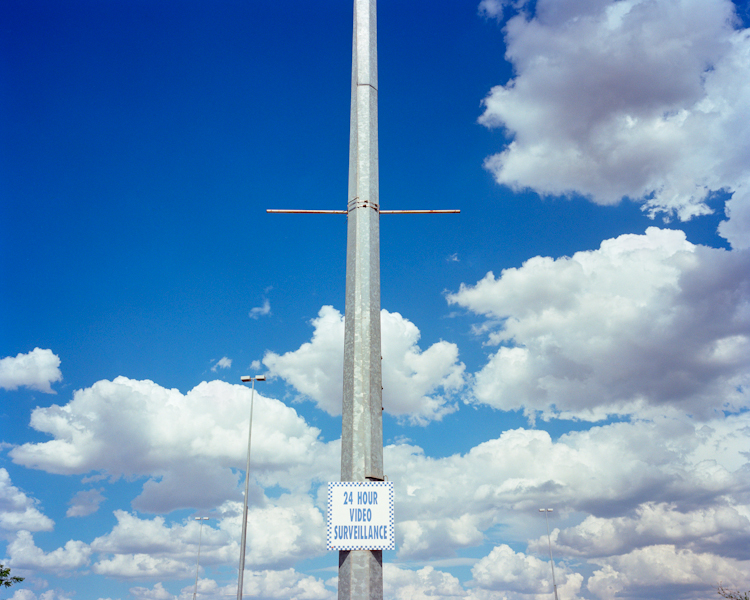 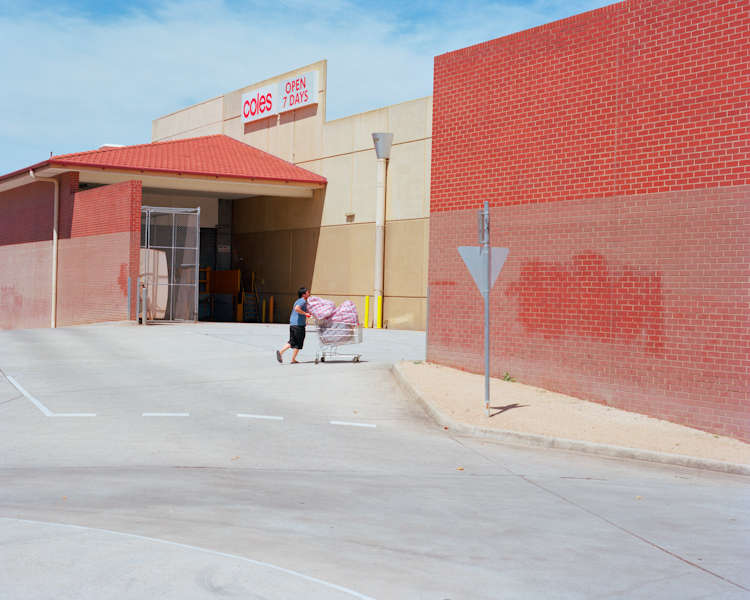 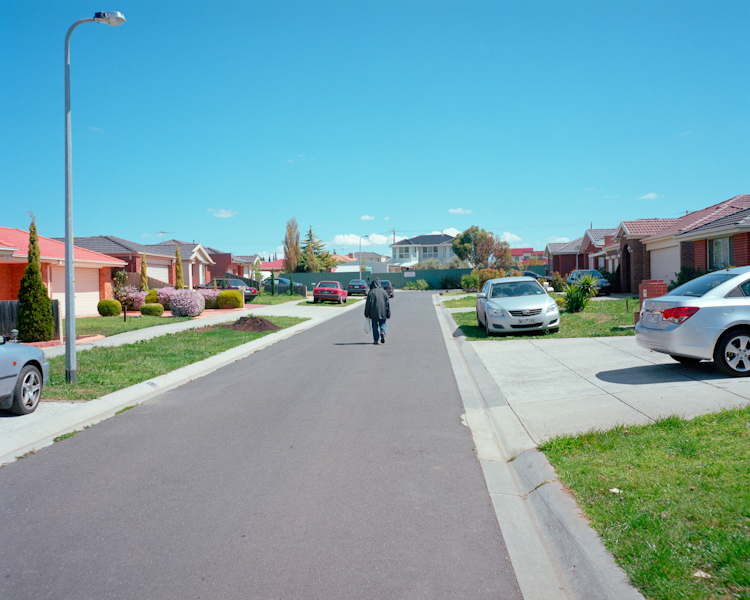 He has worked with a number of small presses in France, UK and Australia to produce monographs of his photographs, including: 100 Flowers (LozenUP:Paris), Unknown Land (Doubleplusgood Books:Bristol) and Bad Driving (Erm Books:Melbourne), he has also been included in the photographic compendiums The Collector’s Guide to Emerging Art Photography (Humble Arts:New York) and Hijacked II – Australia Germany (Big City Press: Perth).

To view more of Louis work please visit his website.